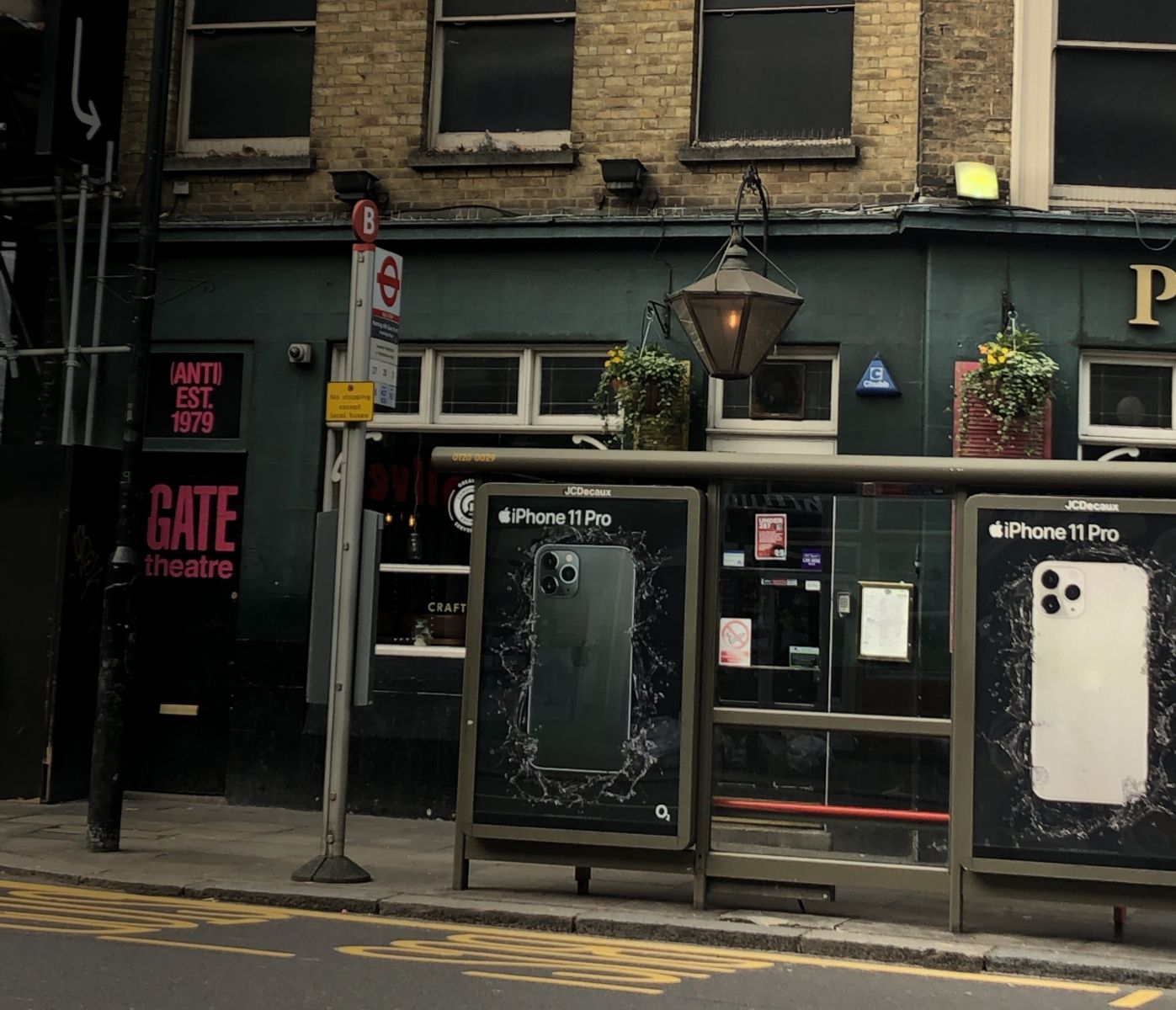 The Gate Theatre is a theatre in London, above the Prince Albert pub on Notting Hill Gate. With 75 seats, it is the smallest “off-West End” theatre in the city.

The Gate was opened in 1979 in Notting Hill. The smallest “off-West End” theatre in London, the Gate produces work in-house in its 75-seat, transformable space.

The Gate has won numerous awards for its work including Olivier, Critic’s Circle, Peter Brook, Fringe First, LWT and Time Out awards. Its work has been nominated for Off West End, Stage, Evening Standard, Carol Tambor, Amnesty International, and South Bank awards.[1]