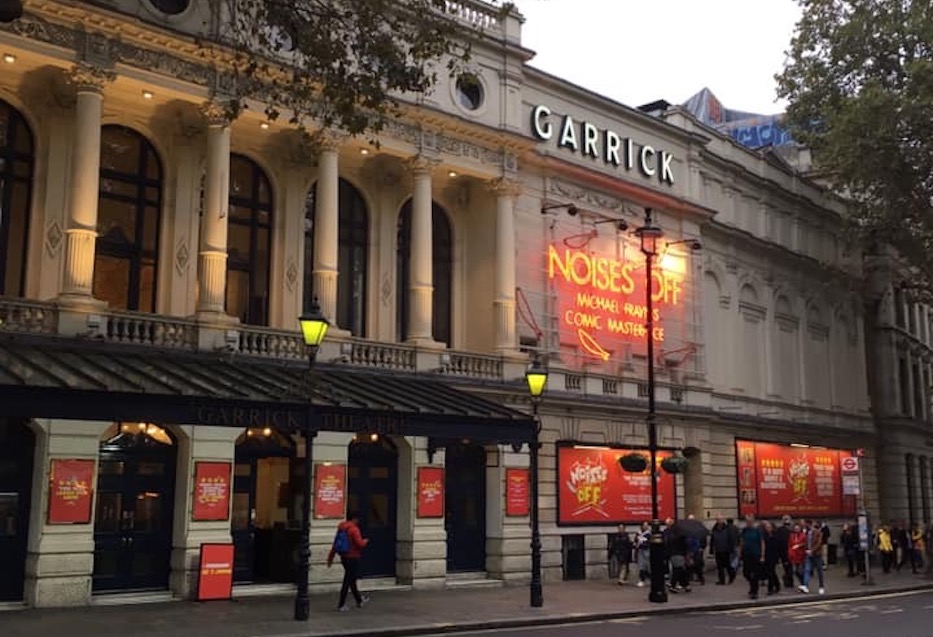 It now seems clear (Hugh Maguire: Theatre Notebook 1988) that the design of the theatre is essentially Emden’s. The contribution made by Phipps, who was still under a cloud as a result of the Exeter fire, was a matter of argument at the time and the relationship between the two architects seems to have been an uneasy one. The long facade occupies a key position at the curved southern end of Charing Cross Road, where it widens into an approximately triangular space enclosed on the south side by the classical stone flank elevation of the National Portrait Gallery. The corresponding eastern enclosure is formed by the Portland and Bath stone theatre facade. This is divided into three related but independent elements. On the left, the main entrance is classical with colonnaded loggia at first floor level. On the right, two less elaborately articulated compositions relieve the long flank of the auditorium. The entrance canopy was altered in post-war years, but reinstated to its original design in 1997. Excellent three-balconied auditorium in an Italianate manner. The U-shaped balcony fronts are stacked one vertically above the other, differentiated only by their plaster relief ornaments. Like its neighbour the Duke of York’s, which it almost touches at the rear boundary, there is no proscenium frame as such, the stage opening being defined by flat box fronts whose flanking coupled columns and pilasters carry arched supports to the proscenium wall and twin caryatids at the gallery abutment. The present decoration scheme of pale veined marble, cream and gold with scarlet carpet and seats was undertaken as part of restoration works in 2015, which also included installation of a new stage lift, widening the stage door, and reorganisation of the stalls bar. The gallery has been disused for some time and still has the character of a late Victorian top tier, but the sight lines from the centre are good and plans have been discussed for bringing it back into use. The Northern line, which passes under the auditorium, can occasionally be heard in the theatre. As is commonly the case in West End Theatres of pre-1914 date, the front of house accommodation is tightly constrained.