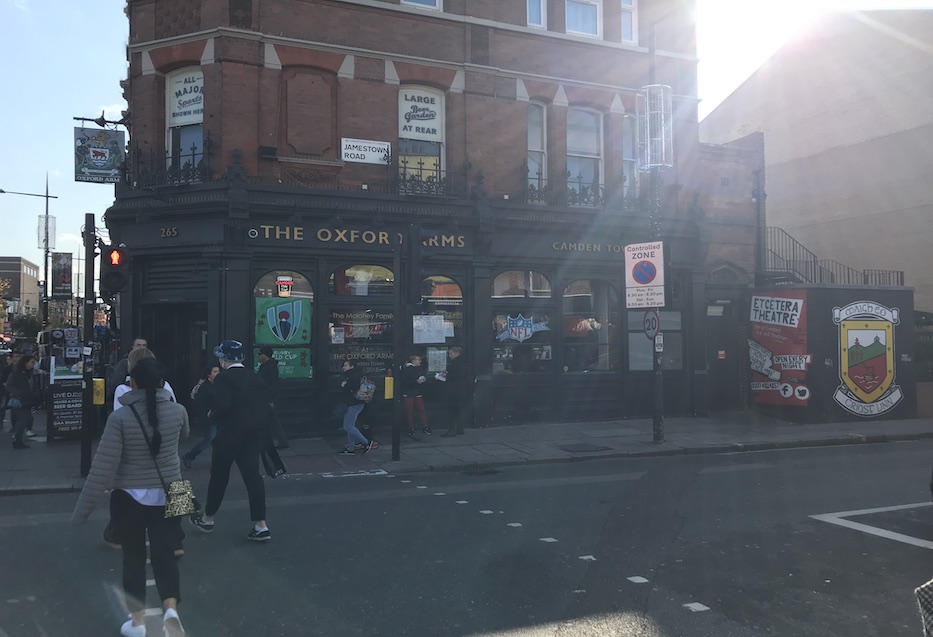 The Etcetera Theatre is a fringe venue for theatre and comedy. It was founded in 1986 and is situated above The Oxford Arms pub in Camden Town, in the London Borough of Camden.

Premieres held at the theatre include The Westwoods by Alan Ayckbourn, Between The Lines by Paul Todd and Blue Jam by Chris Morris. Kafka's Dick by Alan Bennett, was rewritten by Bennett for performance at the Etcetera.