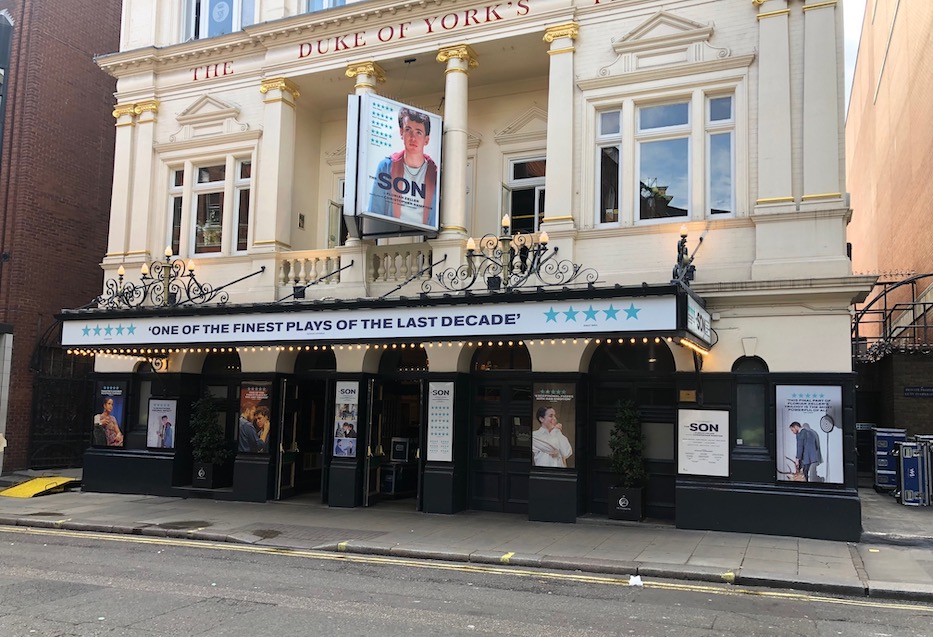 Painted brick and stone elevation, four storeys in height in three major bays, the centre one being three windows wide on the top two storeys, with a pretty open loggia at first floor level, guarded by a balustrade between Ionic columns. The façade at present lacks its original crowning balustrade above the main cornice. Ornamental iron and glass canopy over the entrances.

The Duke of York’s is detached, with narrow passageways to the left and right, each with wrought iron gate, overthrow and lantern. The dressing rooms are in a separate building at the rear which is barely separated from the flank of the Garrick Theatre. The theatre has a narrow auditorium with the proscenium opening spanning the whole of the end wall, the boxes alone forming the frame. There are three balconies with single boxes at each level and double boxes flanking at dress and upper circle levels. Good plaster ornament. Emden’s original design did not overcome the difficult sighting problems of such a long and narrow theatre. Under the unusually deep balconies, which were of early concrete construction, he placed a forest of columns, making many seats almost unusable. The cut-off at higher levels was also severe. In 1979 many of these columns were removed and the number of usable seats was thereby increased. The loss of the columns, which, in this case, had practically no architectural value, was not as damaging as it would be in some other theatres, but the price paid for the improvement was the introduction of a very deep beam over the gallery which, as a result, is permanently out of use. It is a pity that, due to enforced economies, this beam (necessary only for the suspension of the upper balconies after removal of the columns) was not placed above the roof as was originally intended.

The box office, removed from the foyer at the same time, was a 1950 addition by Cecil Beaton. It is now held by the V&A Theatre Collections.