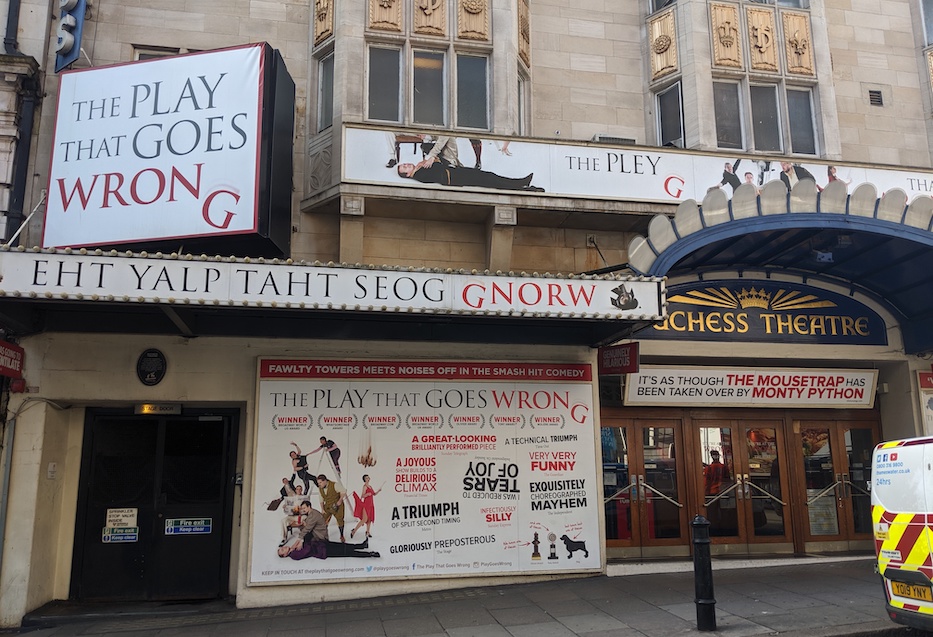 Ewen Barr was not a great theatre architect but, on this site, to his great credit, he pulled off a planning trick with which Matcham might have been pleased. The irregular trapezoidal site, enclosed on three sides, appeared to be undevelopable on account of ancient lights rights. Barr succeeded in creating the required theatre by setting back the upper storeys, making the circle noticeably narrower than the wholly subterranean stalls and reducing the stage depth above ground level. Foyers and box office are tucked under the single steeply raked balcony, the Royal box backs on to the street and the dressing rooms are stacked on to the auditorium. The stone façade with three canted bays is in a curious, busily ornamented style described variously as ‘vaguely Elizabethan’ (Survey of London) and ‘modern Tudor Gothic’. The interiors must owe more of their architectural character to Marc-Henri & Laverdet than to Barr. The auditorium is fan-shaped with a rectangular proscenium opening set in an elliptically arched recess with curved jambs and a deeply coved head forming a sounding board. There are unseated ornamental loggias on the flank walls above the balcony and a recessed domed ceiling. Marc-Henri & Laverdet’s interiors throughout made extensive use of concealed lighting, silver plaster and coloured glass. The stage is small with especially restricted wing space on SL. The grid embraces only the front 5.8m (19ft), the rear extension of the stage being below ground level and only about 4m (13ft) in clear height.