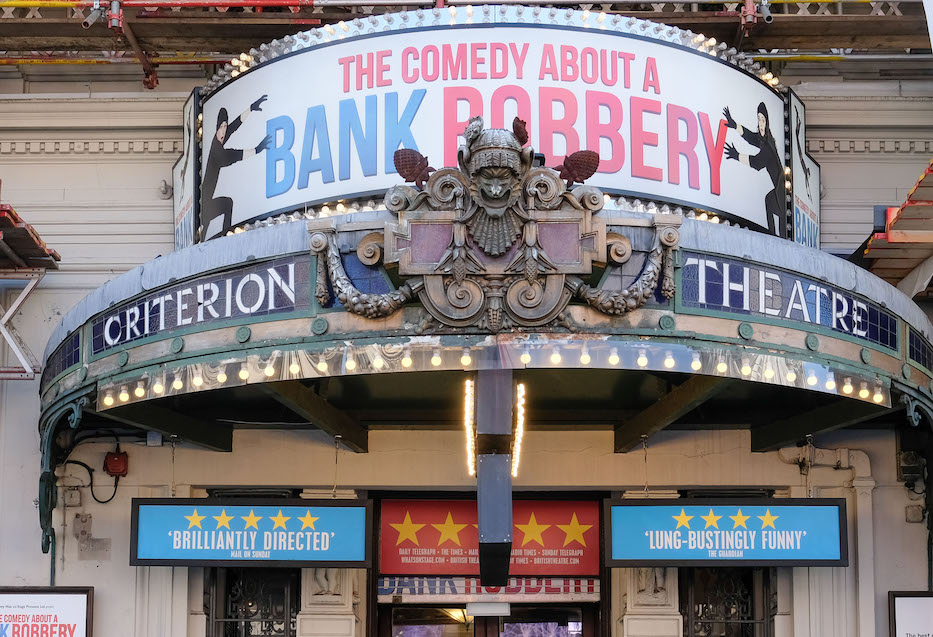 Originally planned as a square concert hall to form part of a large development with restaurants and public rooms for Messrs Spiers & Pond, on the site of the old White Bear coaching inn, at Nos 219-221 Piccadilly and 8 & 9 Jermyn Street. The decision was taken to provide a theatre instead while the building was in carcase. The theatre and restaurant building has a fine classical stone façade to the Circus in Second Empire manner which, ‘despite alterations and disfigurements... may still be regarded as the best surviving work of Thomas Verity’ (Survey of London vol XXIX).

This was the first completely subterranean theatre in London, the auditorium volume being entirely below the level of the Circus. In safety terms this was regarded as beneficial, a rush up a staircase being less prone to mishap than a rush down, but the change of design intention during building produced safety deficiencies which led to closure by the Metropolitan Board of Works in 1883. After alterations to improve fire separation and ventilation the theatre reopened in 1884. At this time electric light was installed. Relatively minor alterations since then have left the auditorium close to its 1884 form, itself a modification, rather than a reincarnation, of the 1873 design. It is, thus, one of the best preserved of the West End’s few pre-1890 theatres, most others having been built, rebuilt or much altered after the London County Council came into existence in 1889.

It has two balconies supported on slender iron columns. The dress circle is serpentine-fronted, terminating at the curved box fronts, which are at a slightly higher level; the upper circle is in a continuous lyre-shape, meeting the proscenium wall and incorporating boxes. Flat circular ceiling. The recent redecoration, with rich and generous hangings in the boxes, has restored the elegance and warm embrace of this delightful auditorium. There are splendid coloured Minton tile and mirror decorations to vestibule, stairs etc, marred only by a heavy ‘Chippendale’s’ style retouching of figure painting on the entrance hall ceiling. The decoration system has been extended into the new bars, using old tiles (figure designs by A S Coke and possibly W S Coleman) and coloured glass together with new, exactly matched material. The restaurant suites and Long Bar (all now independent of the Theatre) have also been well restored and adapted, the latter with its striking ‘glistering’ ceiling.

The underground location imposes severe limitations on the stage in overall dimensions, height (there is a minimal grid over, with no flying space) and get-in arrangements (formerly through the hinged front of a SL box, with a ramped gangplank down to stage level). Back stage planning, dressing rooms, etc have been improved in the rebuilding of the surrounding property but get-in conditions remain tortured and the opportunity was missed to gain a convenient crossover passage.

This is one of the most important surviving mid-Victorian theatres in Britain, rivalled only by the Old Vic, Royal Opera House, Theatre Royal Margate and Tyne Theatre & Opera House.