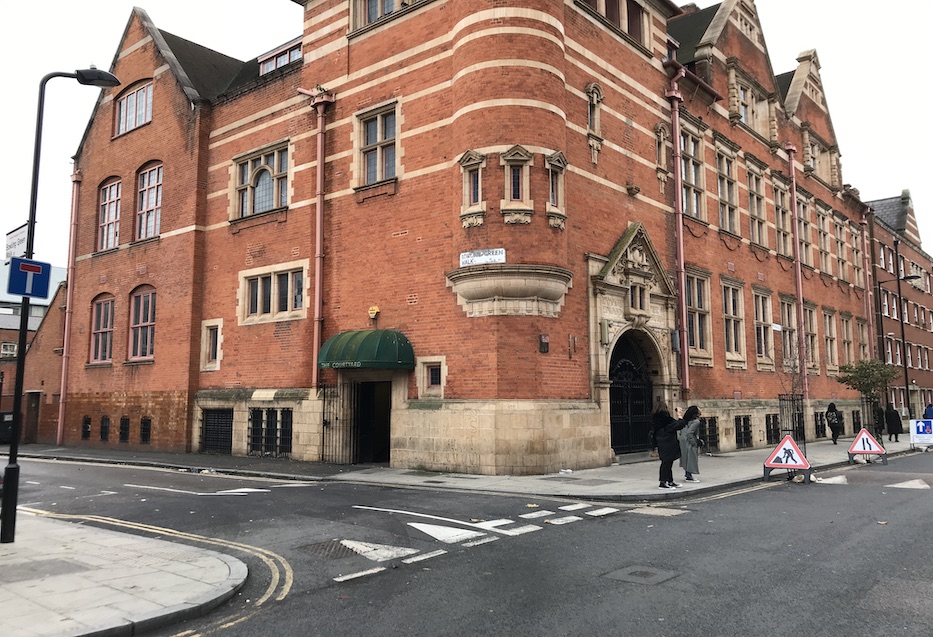 To celebrate the opening of the new Courtyard Theatre, a permanent display has been created about the history of the building and the surrounding area.

The new theatre has been developed within a Grade II listed building, the former public library in Pitfield Street, Hoxton. Interestingly, this is only a few hundred metres from the site of the first purpose-built playhouses in England, the Theatre (1576) and the Curtain (1577), the latter still commemorated in the name of Curtain Road. These, like the later playhouses on the south bank of the Thames, were built just outside the City of London to avoid coming under the jurisdiction of the city fathers.

The Passmore Edwards Free Library, as it was originally known, was opened in 1897. Often described as the "Cornish Carnegie", John Passmore Edwards was a Victorian politician and philanthropist, and life-long champion of the working classes; this magnificent library was one of over 70 major buildings across the country - including hospitals, libraries, schools and art galleries - which he helped to fund. The building became redundant when Hackney Council opened a new central library in Hoxton Street; it was used for a time by English National Opera for rehearsals and workshops, but has now been refurbished to provide (in addition to residential accommodation on the upper floors) performance spaces and rehearsal studios for the Courtyard Theatre.