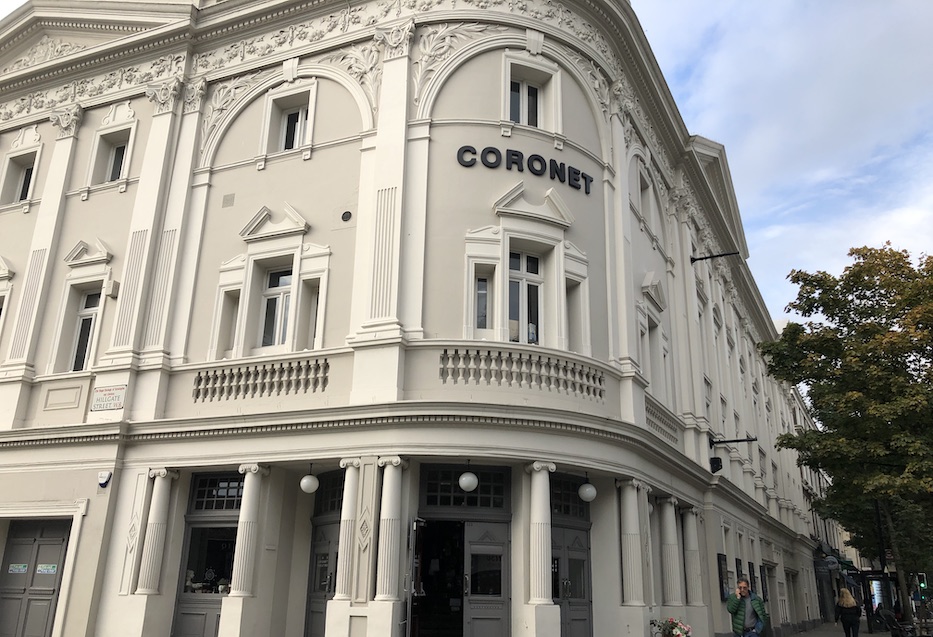 The Coronet Theatre, formerly The Print Room, is an Off West End theatre located in the former Coronet Cinema in London. The company was founded in Westbourne Grove, West London, and opened in September 2010. It produces a programme of theatre, art, dance, poetry, film and music. The theatre is run by Artistic Director Anda Winters.

The Coronet Theatre has a 195-seat main auditorium, and a smaller, 100-seat black box theatre and studio space named The Print Room.

The Coronet Theatre stages lesser-known work by classic authors such as T.S Eliot, Arthur Miller and Harold Pinter, and new works by contemporary dramatists such as Brian Friel and Will Eno.

The theatre began in a converted 1950s warehouse which had served as a graphic design workshop in Westbourne Grove. The venue had two spaces: an 80-seater studio, which was used for its larger productions, and a 40-seater space for smaller theatre pieces, play readings and art exhibitions.

In July 2014, it was announced that The Print Room was taking over the Coronet Cinema in Notting Hill Gate as its new home. In May 2019, Print Room at the Coronet re-branded the company to the original 1898 name The Coronet Theatre.