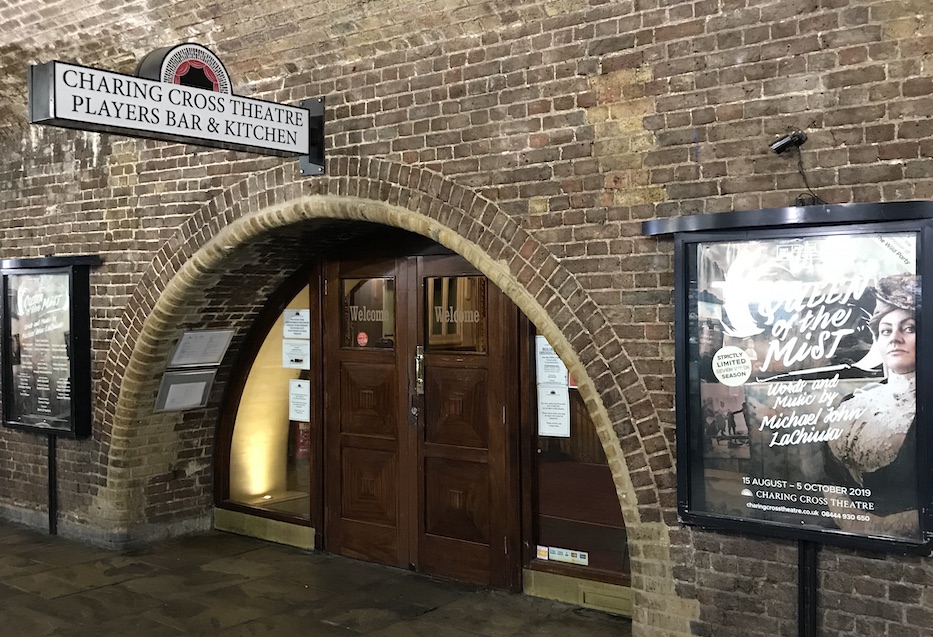 The Players' Theatre Club, which has presented Victorian-style music hall continuously since 1937 (at first in Covent Garden), occupied railway arches under Charing Cross Station since 1946. In that year the Club took over cinema premises which had formerly been Gatti's Arches Music Hall (1867, q.v.).

When the station was extensively redeveloped in the late 1980s, they took up temporary residence in the Duchess Theatre, then in 1990 moved into newly converted spaces farther up the hill in the Arches passageway linking Villiers Street with Craven Street.

The accommodation is fairly close to the old Gatti's site but more generous, allowing for better bars and a two level supper room - though an attempt was made to recreate the appearance and atmosphere of the old 'pink tunnel'. The form of the railway arch is still visible, there is still a bar at the back of the long, single rake, but there are shallow balconies on either side below the cross-gangway. Seats in recesses in the side walls, the least useful of which have already been colonised for other purposes, have restricted views but the room otherwise has most of the qualities of a mid-Victorian music hall.

The Club suffered financially in their enforced move from the Gatti's site, but continued until 2002, when the Club finally closed. The resources of the Club were moved to new premises, and performances are still given by the members. A new company took on the lease, re-opening as the New Players Theatre, and later becoming (as it is now) the Charing Cross Theatre and Players Bar & Kitchen. Its programming still reflects the 'Victorian music hall' nature of the space.