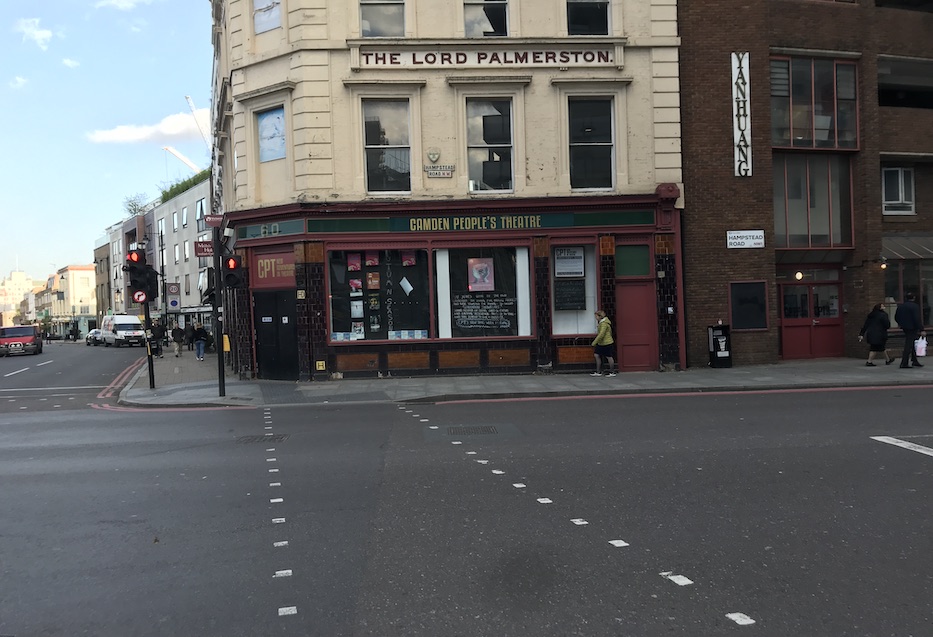 CPT has been making theatre in Camden for 24 years – over which time it has worked with a range of extraordinary artists. Many have gone on to establish highly successful and influential theatre careers in the UK and beyond. Examples include: Fevered Sleep, the Pacitti Company, Ridiculusmus, Shunt, Analogue, Made In China, Scottee – and many more. CPT was founded in 1994 by a collective of artists that included Sheridan Bramwell, Shaun Glanville, Lynne Kendrick and others. It occupied what was once the Palmerston pub on Hampstead Road, and initially focused on making non-text-based theatre productions at affordable prices and with an international flavour, alongside workshops and classes in the local community. In the intervening years, directors of CPT have included Olivia Jacobs, Chris Goode and Matt Ball.

CPT’s current artistic director is Brian Logan, and the executive director is Kaya Stanley-Money. CPT’s mission statement is “to support early-career artists making unconventional theatre – particularly those whose work explores issues that matter to people now”. We’re interested in anyone – particularly early-career artists – making theatre in genuinely new ways, even more so if their work has social, cultural or political pertinence to the world in 2019. Since 1997, CPT has programmed the annual Sprint festival, London’s biggest and best festival of new and unusual theatre. Since 2011, it has also run the unique artist development/peer network programme Starting Blocks.