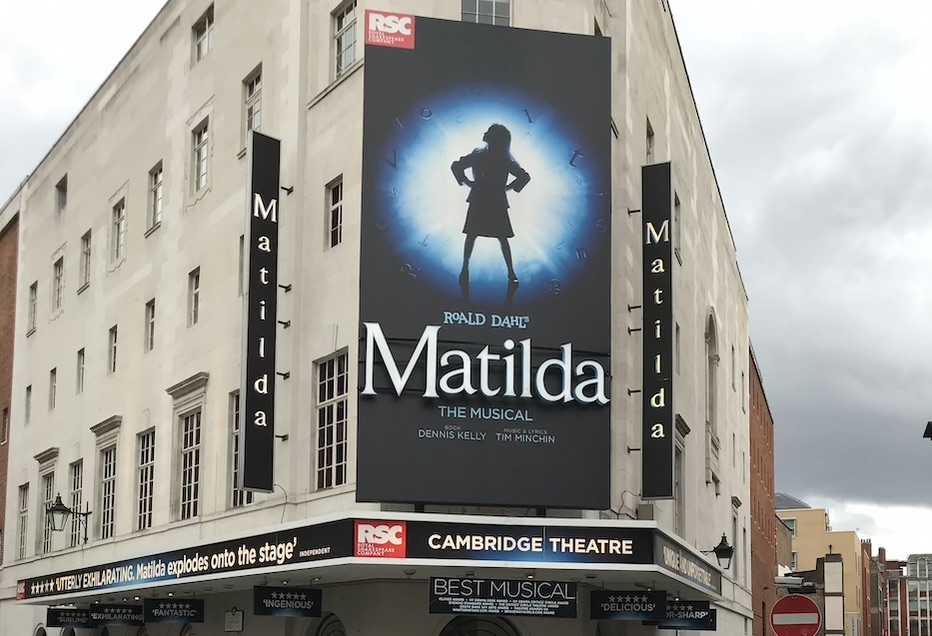 The Cambridge is one of the theatres of the high point of the ‘little boom’ in West End theatre building, which started with the Fortune, 1924, and went on for just over a decade. The design is credited to Wimperis, Simpson and Guthrie, but the interior treatment was by Serge Chermayeff and it is possible that his influence went more than skin deep.

The theatre occupies a corner site on Seven Dials. The main elevations are faced with Portland stone, the rear parts with brick. The corner entrance front and return elevations are flat ashlar, almost devoid of relief, with semi-circular openings at ground floor level and windows in regular ranks of varying sizes above. At first floor level there is a surprising touch of ornament, alternate windows having classical moulded surrounds with cornice hoods. Plain parapet, minimally articulated corner tower with open three-sided loggia around the set-back top storey, which rises just a little above the main façade.

The interior was given a ghastly salmon-red paint-out and a jumble of unsuitable light fittings in 1950, but has since been redecorated by Carl Toms in a style more consonant with the original intention. The auditorium is spanned by a series of bold ‘acoustic’ arches with concealed lighting. There is a single, curving balcony front with geometric ornament, flowing into single wall-hung boxes with flat pelmets decorated with symbolic designs.