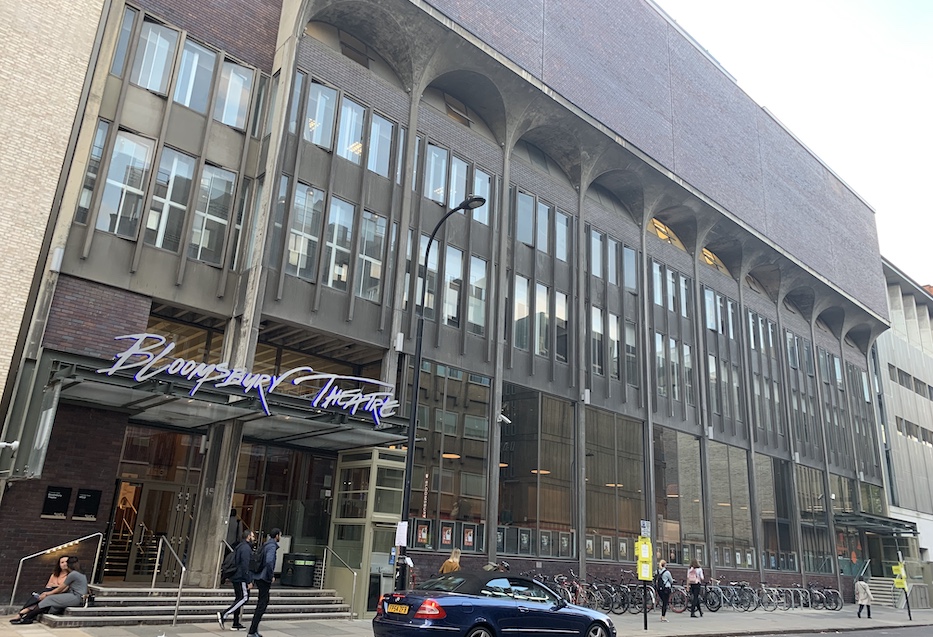 The façade to Gordon Street is fenestrated at ground and first floor levels, between vertical concrete spines: the first floor comprising double decked tripartite windows, and the ground floor plain glass. The entrance is at the left of the building under a rounded canopy (1987) and comprises three sets of double doors.

Surrounding the auditorium and the usual specialist areas for dressing rooms, scene paint workshops etc. are a group of other rooms which can be used for receptions, meetings, rehearsals and administrative purposes as well as a gymnasium. The auditorium is an atmospheric space with stalls and circle, both well raked and with the latter finishing in side slips. Soft furnishings are in red and side panels under the circle slips are illuminated.

The proscenium stage has a motorised thrust which can be removed to expose an orchestra pit to accommodate up to 60 musicians. There is a grid with 25 double purchase counterweight sets. There are red house tabs and a safety curtain.

This is a very pleasant middle scale theatre which is as adequate for opera as it is for student activities.