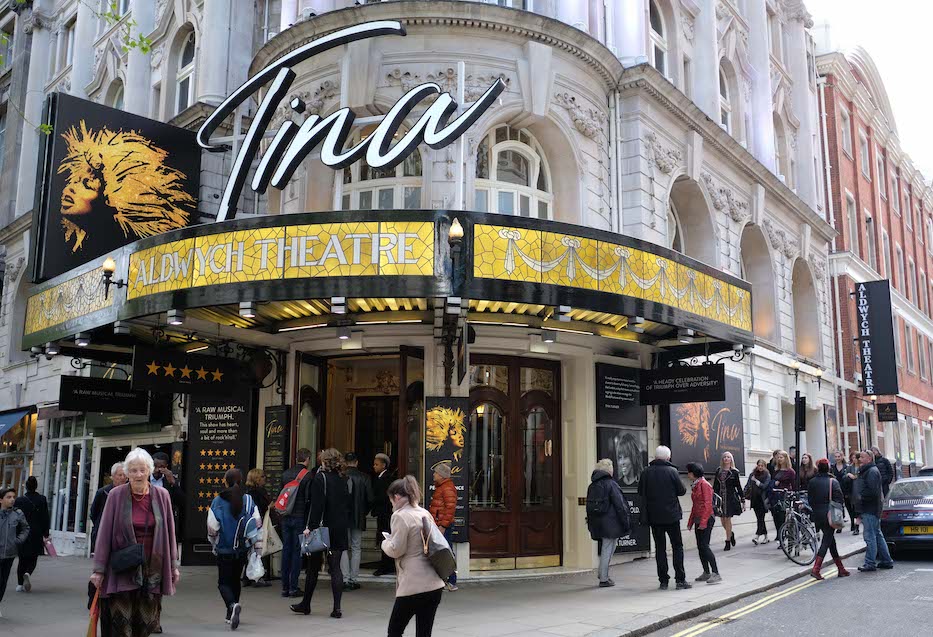 Built as a twin to the Strand (now Novello) Theatre in symmetrical relationship at either end of Marshall Mackenzies’s slightly later Waldorf Hotel, all forming part of the Aldwych/Kingsway improvement and, perhaps, except for Bush House, the only part to measure up fully to the monumental conception of the great curved highway.

The Aldwych is a fine stone-faced classical building in its own right. Like the Strand Theatre, it is a corner building, in three major bays, each of four storeys plus a sheer attic over the main entablature. The two outer bays, facing Aldwych and Drury Lane respectively, display a giant order of engaged columns through second and third floors, carrying pediments with enriched tympana pierced by lunettes at attic level. The centre bay is recessed and turns the corner as a bold pilastered bow.

The auditorium underwent a series of alterations from the 1960s to 80s, during the Royal Shakespeare Company’s tenancy, almost entirely to its architectural detriment. In accordance with the then fashionable idea that drama was harmed by the distracting presence of architecture, the auditorium was ruthlessly ‘painted out’. It has since been handsomely restored and can now be seen as an excellent Sprague design.

It was described when first opened as being ‘Georgian’ in style. It has two balconies, the gallery being the rearward extension of the upper circle. The boxes are framed by Ionic piers on tall pedestals, carrying entablature blocks and semi-circular arches. The proscenium is square with a deep panelled frieze, central cartouche and coved sounding board.